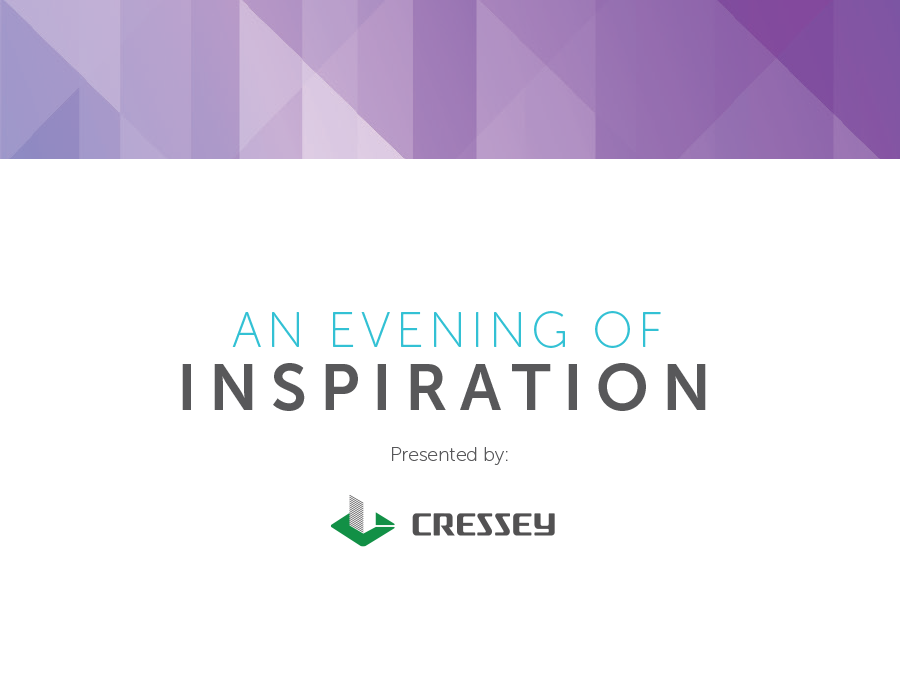 Right now, we are closer to a world free from cancer than ever before.

Join us as we celebrate the extraordinary accomplishments that brought us here, and the launch of our historic Beyond Belief campaign which will help us go further than we ever thought possible.

Registration for this event is now closed

Cancer care in British Columbia has come so far, with so much to be proud of — and so much more we can do. Learn about our Beyond Belief campaign and engage with the remarkable community making it all happen in this exclusive, invite-only Evening of Inspiration presented by Cressey.

B.C. Interior community leaders and invited guests will gather at the stunning CedarCreek Estate Winery in Kelowna, B.C. to go deeper on Beyond Belief, the most ambitious and comprehensive health fundraising campaign in the history of the province. We are raising $500 million to elevate cancer care and research for all British Columbians. The generosity of our donors has empowered BC Cancer’s world-leading experts to make this moment possible — a moment where all of us, together, can help change the cancer story.

The evening will showcase BC Cancer successes, and experts who will discuss why now is the time to empower BC Cancer innovation across the province and bring cutting-edge, precision treatments to every person in B.C.

This campaign will change the future of cancer care in British Columbia for years to come. Attendees will have the opportunity to be a part of something extraordinary, and meet the leaders and amazing cabinet members who are making it possible.

Highlights of the Evening

The event will feature a live performance from internationally renowned pianist Libby Yu, conversations with BC Cancer experts, and a special presentation from BC Cancer Foundation President and CEO Sarah Roth on the Beyond Belief campaign priorities, the possibilities for tomorrow, and the exciting research projects and programs currently in progress.

Thanks to the collaborative efforts of donors, scientists and partners across healthcare, our province has already achieved what once seemed impossible. The Beyond Belief campaign is our chance to go further.

Join us to connect with BC Cancer excellence in An Evening of Inspiration, presented by Cressey on October 20 at 5 p.m.

Dr. Ross Halperin is a Clinical Associate Professor and the Executive Medical Director of BC Cancer – Kelowna, where he’s responsible for overall medical leadership for oncology services in BC’s Interior.

In 2005 he was appointed Regional Professional Practice Leader of Radiation Oncology at BCCA-CSI and served in that role until 2013 when he was appointed to a BC Cancer Provincial Vice President leadership position. He served three years as Interim Vice President responsible for Radiation Therapy, Functional Imaging, Surgical and Oral Oncology at BC Cancer and in this capacity was responsible for the distribution, quality, timeliness and innovation for radiation therapy and functional imaging services through the breadth of BC Cancer’s six regional centres. Dr. Halperin is a past President of the Canadian Association of Radiation Oncology and is a current board member of the Canadian Radiation Oncology Foundation. He has served as an Examiner for the Royal College of Physicians and Surgeons, and an external reviewer for Cancer Care Ontario Clinical Guidelines and other academic radiation oncology departments.

Dr. Halperin’s work has focused on the care and treatment of patients with lung cancer, prostate cancer and more recently has focused on health services research.

Doug is an Investment Advisor and Portfolio Manager at Odlum Brown Limited. He is also the Branch Manager for Kelowna, as well as a Director for the company.

Prior to joining Odlum Brown, Doug has worked in cities around the world including London, Paris, Moscow, Beijing, and Singapore and held numerous positions in both management and consulting roles. Having worked with large organizations such as Astra Zeneca, BP, BUPA, Cathay Pacific, Cooperative Financial Services, Cummins, Isuzu, Marks & Spencer, Phillips, Schlumberger and TNK-BP, he has gained first-hand knowledge of these industry sectors. His roles have included merger and acquisition due diligence, the formation of a cleantech joint venture in Beijing and the re-organization and management of global IT operations for the world’s largest commodity trader.

Doug holds a Bachelor of Applied Science (Mechanical Engineering) from the University of British Columbia and a Masters of Business Administration from INSEAD (France). He is also a Professional Engineer (Canada) and speaks three languages.

Ms. Jillian White is the president of the MAKR Group of Companies, an enthusiastic group of people with the purpose of connecting communities through play and social experiences. The MAKR Group is comprised of three working brands dedicated to making the world more livable, playful and socially just—Waterplay, a global splash pad provider, Parkworks, a North American park space supplier, and Wekid Mfg., Canada’s most playfully professional steel manufacturing team. With 10’s of thousands of play and park space installations throughout the world, the MAKR Group have helped provide millions of people, from all walks of life, of all ages, and with diverse abilities, with access to amazing, inviting, playable, enjoyable, ‘go-backable’ recreation places. With a passion for people and desire to contribute to something bigger, Jill White and the MAKR group are excited to support the BC Cancer Foundation.

Born and raised in New Jersey, Sarah holds a bachelor’s and master’s degrees in history and French from Washington University in St Louis and a MBA from Northeastern University in Boston. She and her family moved to Vancouver in 2008 for lifestyle and professional reasons.

Sarah has an impressive 26-year career as a fundraising professional. In her present role, Sarah has elevated the BC Cancer Foundation’s revenue to record heights in all lines of business during her over six-year term. To achieve such success, she has implemented a donor-centric strategy across the organization and championed a brand revitalization that saw the Foundation and its partner BC Cancer align toward a culture of one that embraces the opportunity for the community to give back and drive progress in cancer research and care across the province.

Throughout her career, Sarah has brought exceptional results in leading teams through large-scale fundraising campaigns in both the United States and Canada. She previously worked for Boston Children’s Hospital and New York-Presbyterian Hospital where she was a part of two multi-billion dollar campaigns. Before arriving at the BC Cancer Foundation, she spent eight years as the assistant dean of development and alumni relations in the University of British Columbia’s Faculty of Medicine, where she launched and completed a $437.6 million campaign, which included the Faculty’s largest ever donation, as part of UBC’s start an evolution campaign.

Sarah is also Vice Chair of KidSafe’s Board of Directors, a nonprofit organization providing meals and programming for school-aged children in our community.