As an avid cyclist, Brian Benson spends a lot of time on his bike. By listening to his body during his rides, his hobby has led him to uncover two cancer diagnoses – and to the Tour de Cure. 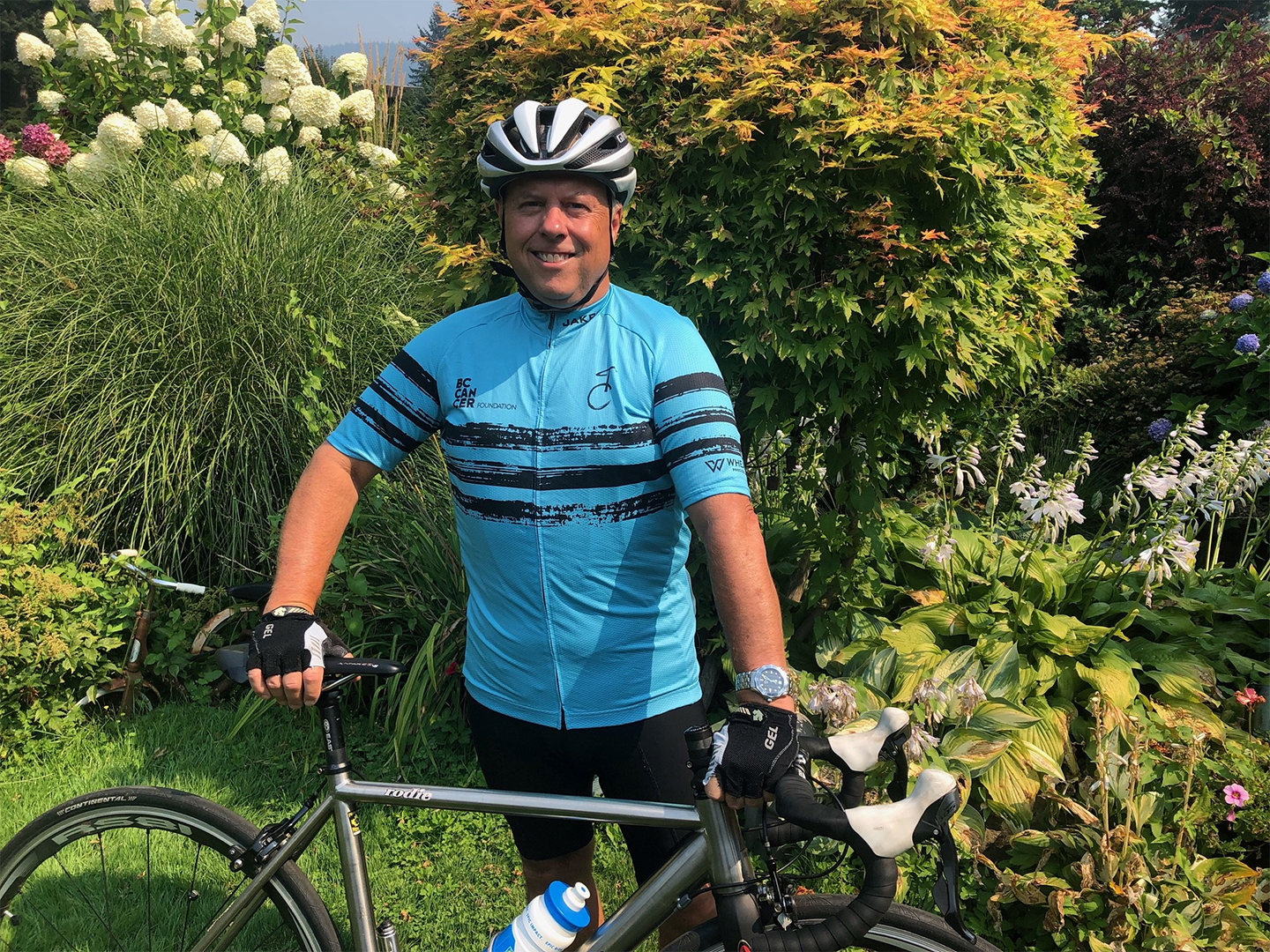 Brian’s first brush with cancer came in 2013 at age 53, when he noticed something didn’t feel quite right after a bike ride. After a self-exam turned up what he felt was an abnormality, he went for an ultrasound, which led to an orchiectomy and a biopsy. The diagnosis was conclusive after three different pathologists reviewed the biopsy – Brian had testicular cancer.

Brian was referred to BC Cancer, where chief medical officer Dr. Kim Chi determined no further treatment was required, and continued to follow Brian for another four and a half years.

In 2017, something once again didn’t feel quite right after a bike ride – this time, it was numbness in one of Brian’s feet. He figured his shoe was too tight and that it would eventually go away, but moments became hours, then weeks, then months, and the numbness became excruciating pain.

After a year of appointments with different specialists, his bloodwork indicated high levels of IGM proteins. Initially, Brian’s care team suspected multiple myeloma, but a bone marrow biopsy at BC Cancer confirmed he actually had Waldenstrom macroglobulinemia, a rare blood cancer affecting approximately 3 to 5 people per million.

After six months of chemotherapy and two years of immunotherapy, some of Brian’s symptoms have gone away, save for peripheral neuropathy in his feet. Today, he’s in what he calls a “watch and wait stage” of his treatment, and still has regular follow-up appointments at BC Cancer.

It was after one of his earlier follow-up appointments, back in 2013 after his testicular cancer diagnosis, that Brian discovered he and Dr. Kim Chi shared a love of cycling. When he learned Dr. Chi was the captain of Shift Happens, a team taking part in a cycling fundraiser for the BC Cancer Foundation with many BC Cancer employees on its roster, Brian offered to sponsor him.

Dr. Chi had a better idea – why not join the team instead?

This year’s Tour de Cure marks Brian’s fifth time cycling to raise funds for cancer research in B.C. As a member of Shift Happens, he’s in the company of many clinicians, researchers and other BC Cancer staff working to change outcomes for patients like him across the province. While supporting their cause is part of his motivation, the meaning behind the event runs deeper for Brian.

“Beyond the obvious benefits of fundraising for BC Cancer, without a doubt the most rewarding part of participating in the Tour over the years is seeing how many cancer survivors are able to participate and be active through, and after, their various cancer journeys,” says Brian. “It’s very encouraging to see how many others have not only survived their cancer battles, but go on to thrive.”

For more information on the Tour de Cure, and to learn more about Brian and Shift Happens, visit his participant page. 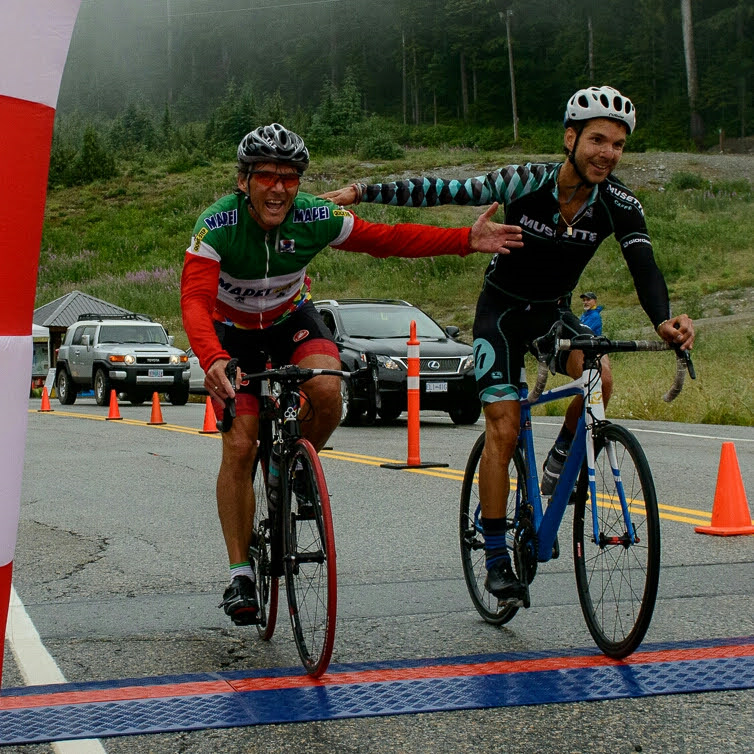 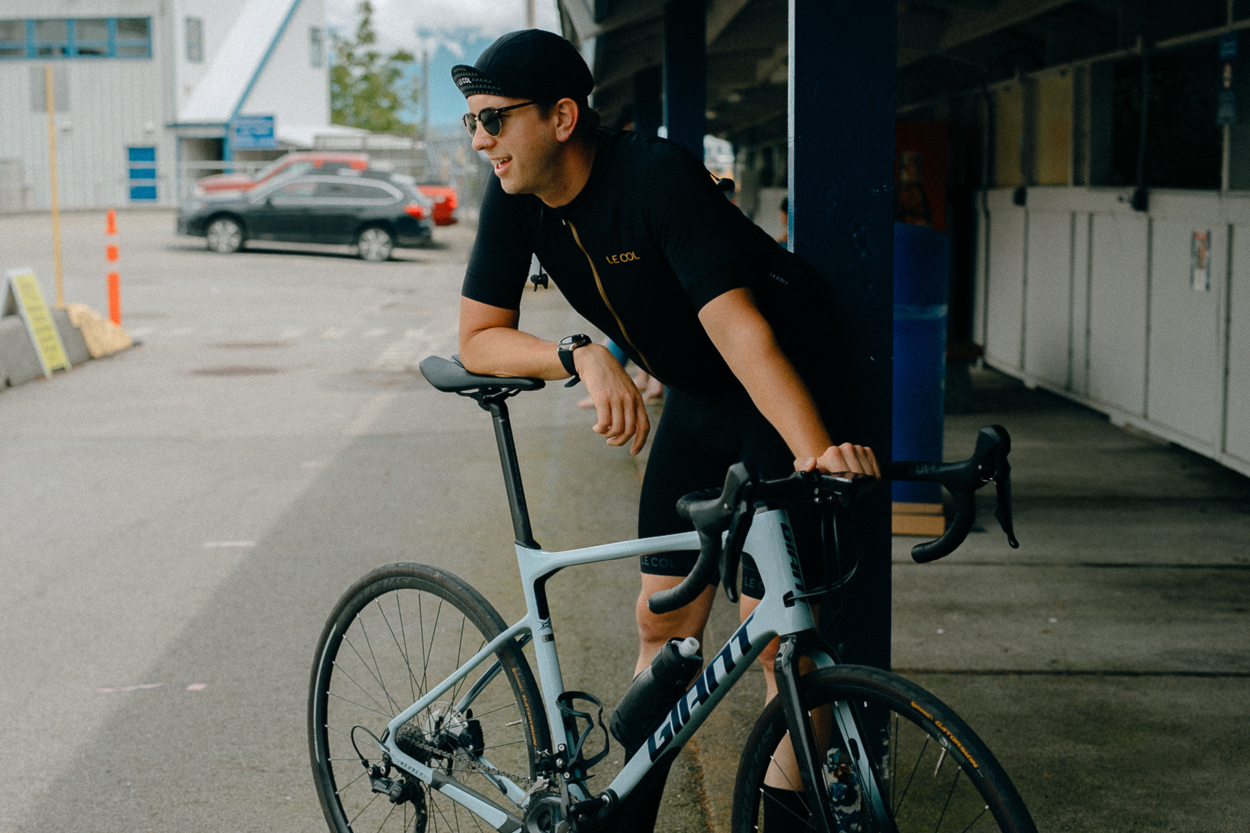 Why I Ride: Sean’s commitment to ride from Kelowna to Kits

Sean Dalin wasn’t always into cycling. It began as a new hobby during the … 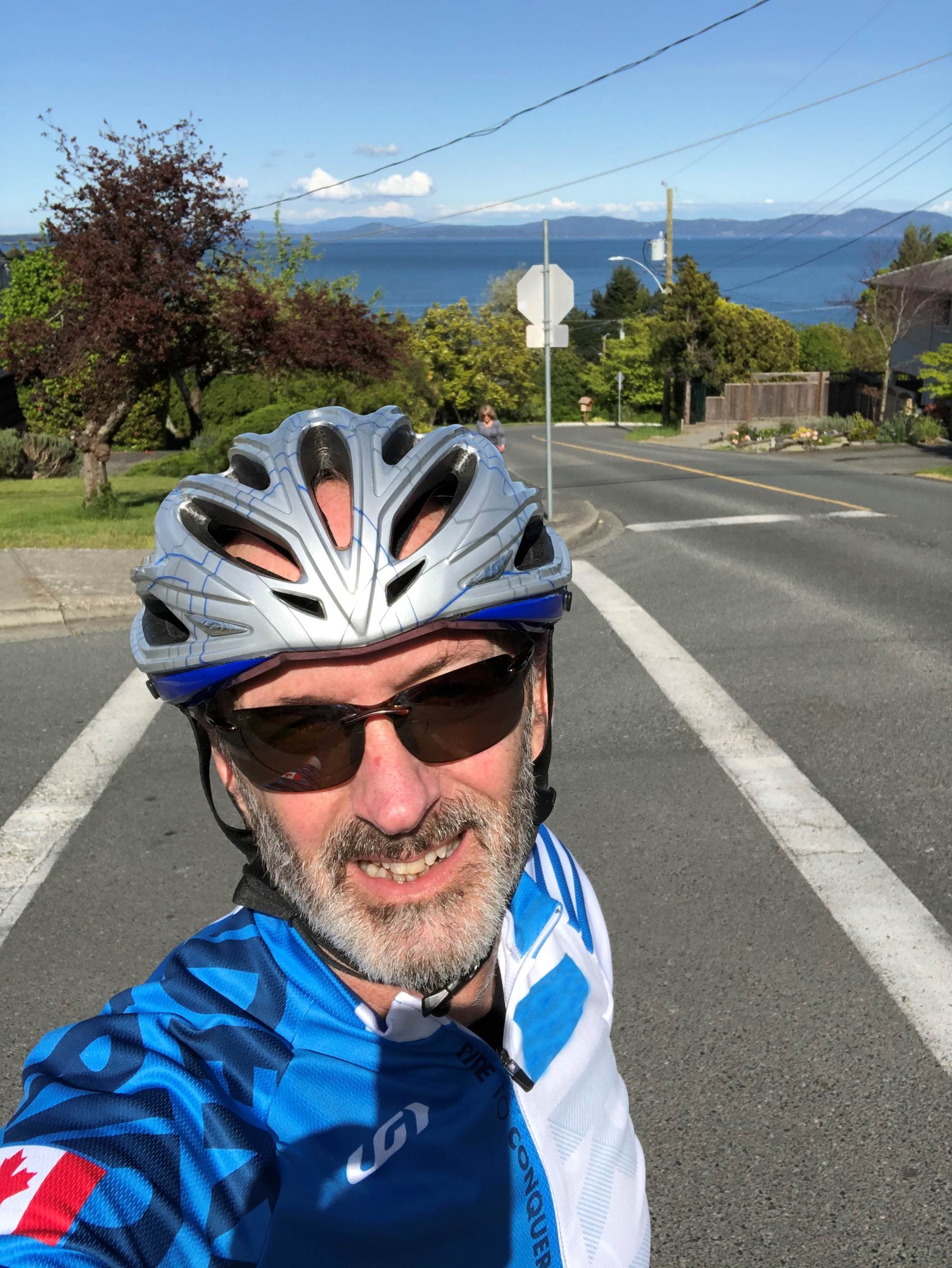 Why I Ride: Michael Yarr rides for his family and himself

Michael Yarr rides every year for his family, and himself. For 12 years, Michael has …