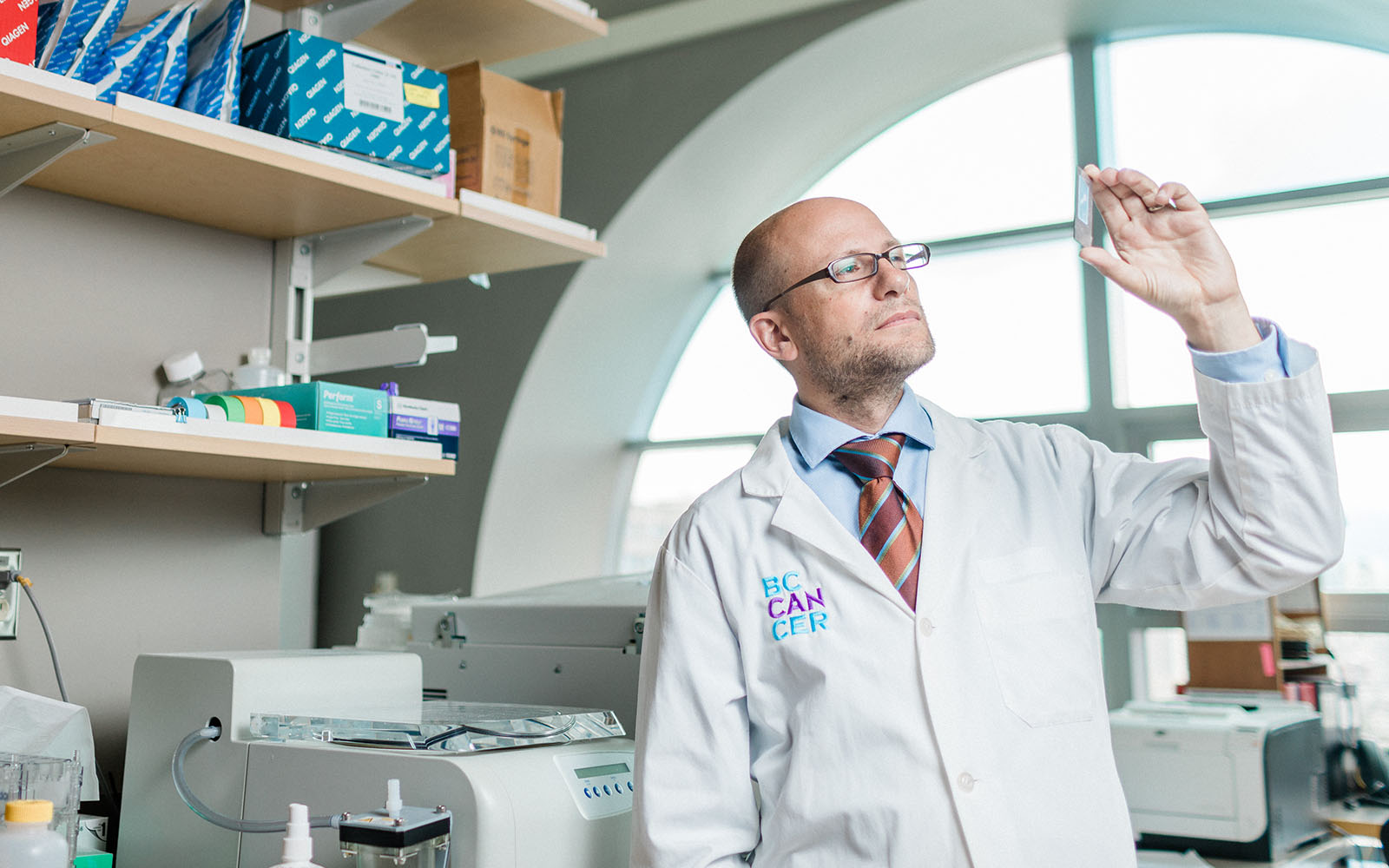 More than 1,200 British Columbians are diagnosed with a form of lymphoma each year.

Lymphomas are cancers that start in a type of white blood cell called lymphocytes, which circulate primarily through the lymphoid system. The lymphoid system is part of the immune system, which protects against infection. There are many types of lymphomas and together they are the fifth most common cancer diagnosed in Canada.

In general, a large percentage of lymphomas are very treatable. But for some patients, current treatment does not result in a long-term cure and BC Cancer researchers at the Centre for Lymphoid Cancer (CLC) are examining molecular and genetic factors to determine why. A key focus of the program is to develop ways to identify at diagnosis those people who have a more aggressive form of the disease in order to better guide treatment approaches.

Developed by Drs. Randy Gascoyne and Joseph Connors, the CLC conducts both lab and clinical research and their work continues to expand the global understanding of lymphomas.

Progress is Happening to Better Understand Lymphomas, Here’s How:

BC Cancer researchers have discovered key information about how Hodgkin lymphoma (HL) cells grow undetected within the body. By observing the tumour ecosystem in patients with Hodgkin lymphoma, BC Cancer researchers led by Dr. Christian Steidl uncovered how some immune cells (T-cells) work to suppress the immune system by hiding the cancerous cells and, in some cases, forming a shield around them.

These findings, published in the esteemed medical journal Cancer Discovery, show the importance of evaluating the dynamics between healthy and cancerous cells within a tumour microenvironment. The research reveals that HL cells hijack immune cells and turn them into cancer-supporting cells. This discovery was made possible by new technologies including single-cell genomics and spatial cell mapping, which help scientists better understand how genes and proteins inside cells influence the progression of cancer.

In 2020, BC Cancer was one of several collaborating sites to lead a randomized Phase II clinical trial investigating a new drug for treating relapsed DLBCL.

Thirty to forty percent of patients with relapsed DLBCL are successfully treated with platinum-based therapy, followed by chemotherapy and stem cell transplantation. However, prognosis for most patients with DLBCL is poor because they are ineligible for this treatment protocol because of age or other factors. These patients survive only six months on average and there is currently no standard of care for them.

Through the clinical trial, a new antibody-drug conjugate called polatuzumab vedotin was proven to reduce the risk of death in relapsed DLBCL patients by 58%.

Donations targeted towards the Centre for Lymphoid Cancer allow researchers to create the infrastructure to sustain projects over time, particularly large-scale projects. These funds also provide seed funding to allow researchers to generate preliminary data for new applications, which can often be the key element that helps secure successful grant funding.

“It is critical to have you as donors and the BC Cancer Foundation as partners as we strive to solve the mystery of cancer.”