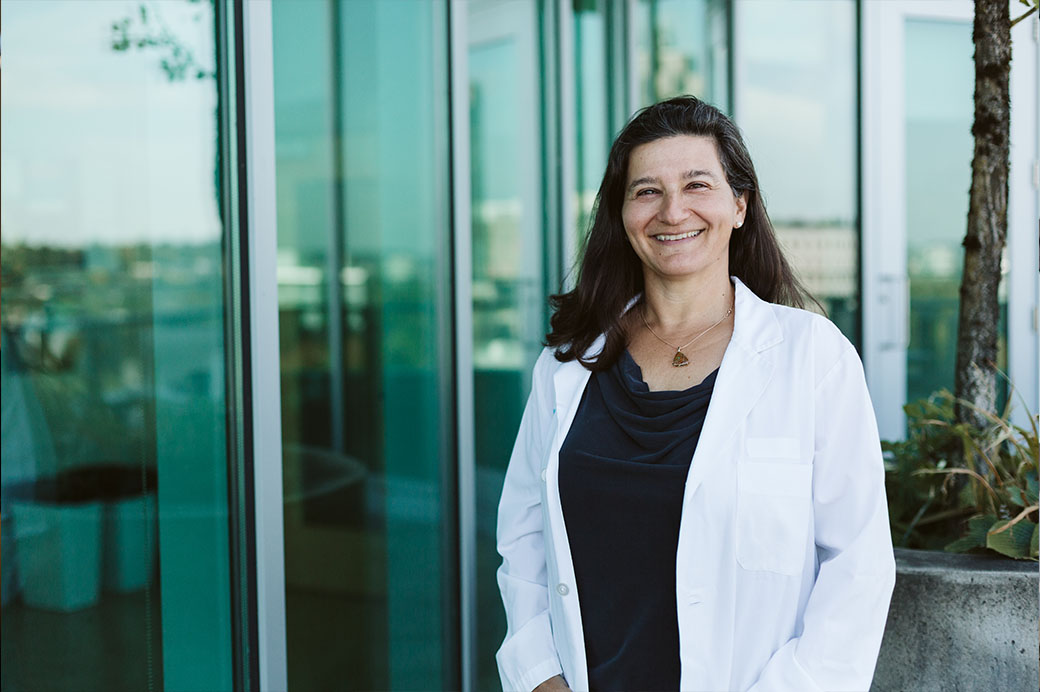 All cells have genomes (DNA genetic codes) that govern their existence. Cancer occurs when the genomes of cells change, leading to uncontrolled cell growth and replication.

The Personalized Onco-Genomics (POG) Program is BC Cancer’s flagship study in precision medicine and the first program of its kind to deploy whole genome analysis to inform individual treatment planning for patients.

The process involves sequencing the genome of participating patients who have metastatic cancer in an effort to determine what may be driving their particular type of cancer. Genomes are mapped twice for each participant: once with normal cells and once with biopsied cancer cells. The sequences are then compared in an effort to find variations or mutations between the two, which may represent a cancer-driver. In some cases, researchers can then explore treatment options that might block that driver.

POG would not exist without the support of BC Cancer Foundation donors, who have been the primary funders for this program since it launched in 2012.

The interdisciplinary POG team (led by Drs. Janessa Laskin and Marco Marra) is committed to sequencing the genetic code of deadly metastatic cancers to pinpoint precise treatment options for individual patients. Through the POG program, a patient’s whole genome (about 20,000 genes) is sequenced.

Led by Drs. Marco Marra and Janessa Laskin at BC Cancer, phase 1 of the POG project started in July 2012 with 30 patients for whom standard treatment options had been exhausted. Each patient had three specimens sequenced: a fresh tumour biopsy, an archived tumour specimen, and blood for normal DNA.

From phase 1, researchers learned that the genomic structure of tumours changes over time, which explained why specific treatments can be effective for one type of cancer but not for another. The second phase of POG, which started in 2014 and accepted 300 patients, built on what was learned in the first phase of the trial.

To date, 1,161 patients have consented to be enrolled in POG. Of the cases completed to date, 83 per cent yielded results that were deemed “actionable” by the POG team, meaning the data offered information that the clinician and patient could use in treatment planning. In January 2019, the 100th pediatric POG case was completed, and in August 2019 the pediatric POG arm joined the National PROFYLE study, which uses genomics to inform treatment for children and young adults across Canada.

There have been 36 POG papers published to date, and 1-2 patients are entered into POG each week. Results from POG have proven that genomics can fundamentally change the way cancer is treated.

Emma Titmuss is a research programmer with POG’s clinical informatics team. She’s currently putting together an immunotherapy clinical trial with Dr. Laskin and working on a manuscript describing 82 patients who had immunotherapy after their biopsy to see if there are any markers among the patients who responded that could establish a pattern for treating patients in the future.

In April 2020, the POG team published a landmark paper in Nature Cancer revealing DNA evidence of drug resistance and cancer progression as a result of therapies. This comprehensive analysis of 570 advanced cancer patients reveals the genetic changes that occur following chemotherapy and offers valuable insight into advanced cancers and drug resistance.

“We see a lot of resistance mutations from the therapy people have before the biopsy. This tells us that therapy really does change the genome. It also tells us that the treatment a patient receives now is very different from the treatment they should receive in a year or two, because during that time their genome will adapt and become resistant,” Emma says. “Remarkably, we’ve even seen that some drugs increase the mutation rate in cancers – this is critical information that could inform treatment decision-making.” 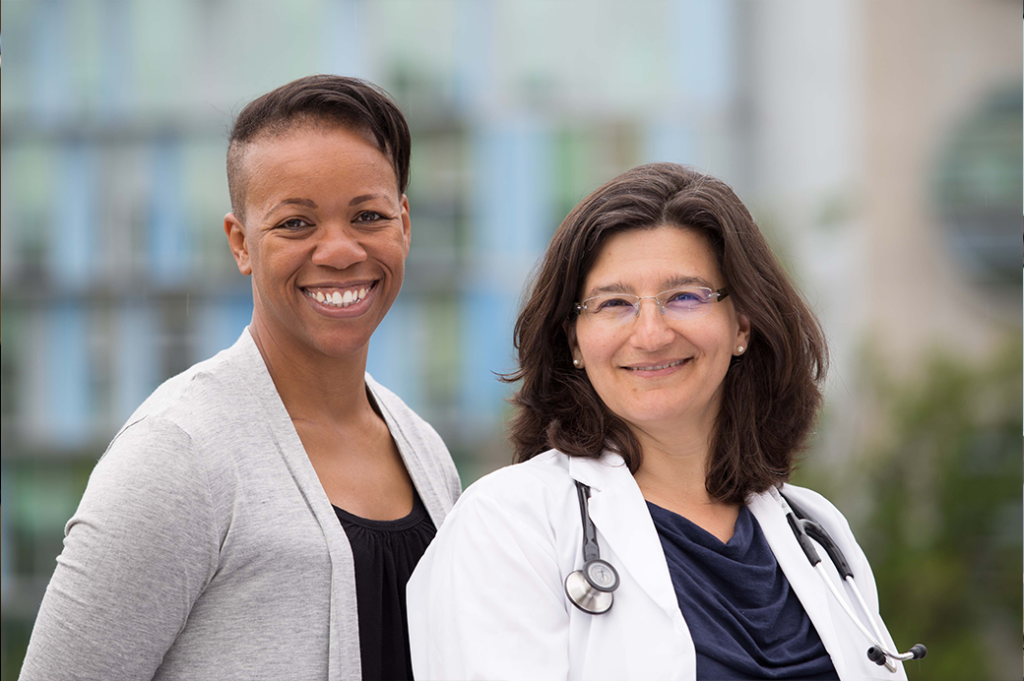 "We are fortunate to have the support of BC Cancer Foundation donors who are going to help us redefine cancer medicine."

Proof That Genomics Can Change The Way Cancer Is Treated

Langley resident Zuri Scrivens began her cancer journey in 2011 when she was diagnosed with breast cancer 10 months after giving birth to her first child. Her story was featured on the recent CBC Nature of Things documentary called Cracking Cancer, which aired in February 2017. While initial treatments appeared to work, Zuri’s metastatic breast cancer quickly returned, spreading to her liver and lymph nodes.

She was then enrolled in POG and genomic analysis identified the fact that her cancer was driven by a mutation involving an insulin-like high-growth factor that was stimulating the cancer cells. The POG team scoured research, data, and discoveries to find a drug that might block that particular growth factor. They found it in a drug commonly used to treat diabetes. Zuri began taking that drug, along with standard hormone treatment, and responded well to the new protocol. Four months later, her cancer was undetectable.

Zuri’s response to the unconventional treatment is now being studied by experts to determine how many more patients might benefit from a similar approach. She is among a small percentage of participants known as “super responders” because their treatment was so successful.

Current cancer treatment is based on the type of cancer someone has,  but that approach doesn’t consider that people with the same type of cancer may have tumours that act differently and respond to different treatments.

That was the case for Vancouver resident Trish Keating, who was diagnosed with colon cancer in 2010. After surgery, chemotherapy and radiation treatment, she was told in 2013 when her cancer returned that it was terminal. Keating was enrolled in the POG program and the team discovered her cancer was driven by a specific protein. They then identified and administered an existing blood pressure medication that is known to block pathways to that protein. The results were rapid and dramatic. Eight weeks after starting her new treatment, Trish was tumour-free.

While their results are not typical of most participants and the long-term effects of these experimental treatments remain unknown, POG gave both Zuri and Trish hope for the future and valuable time with their families and friends.