Dr Nelson blogs about the most recent research discovery in lymphoma.

You can read the official news release here, or the scientific article in Nature Genetics here but let me explain it to you in simpler terms.

First of all, this is a groundbreaking discovery and a timely one, because lymphoma is the fifth most common cancer and unfortunately, the fastest growing.

This has huge implications for lymphoma patients.

Diffuse large B-cell lymphoma is aggressive and can only be cured in about 65 per cent of patients, using strong doses of chemotherapy.  Follicular lymphoma cannot be cured – but can be kept in check for long periods of time with relatively mild chemotherapy.

With the discovery of this consistent mutation, researchers now have a new “marker” or target for these two lymphomas that could lead to earlier diagnosis and better treatments, possibly specifically targeted treatments that would only affect the lymphoma cells, not the patient’s healthy cells.

An artistic representation of the mutated protein (EZH2) with the distinct amino acids (building blocks) represented by different colours. The amino acid found in this study to be mutated in nearly a quarter of all lymphomas of a specific subtype is indicated in white.

EZH2 is now one of the most frequently mutated single genes ever found in lymphoma.

As with the breast and ovarian cancer discoveries, this research was made possible by the BC Cancer Agency’s Genome Sciences Centre. Their capacity and ability to unravel the genetic sequences of tumours ranks as among the best in the field, worldwide.

This is another very exciting achievement for the BC Cancer Agency, once again supported by generous BC Cancer Foundation donors.

Thank you for making this possible. 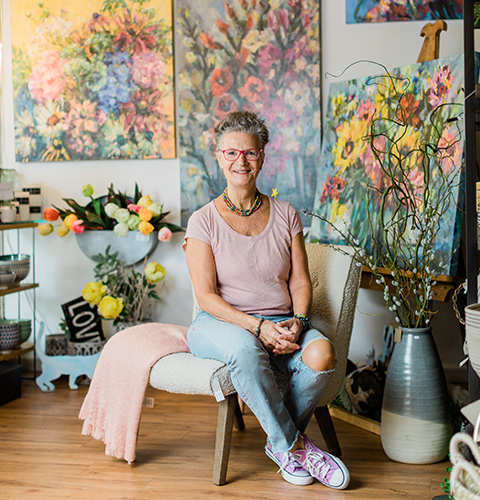