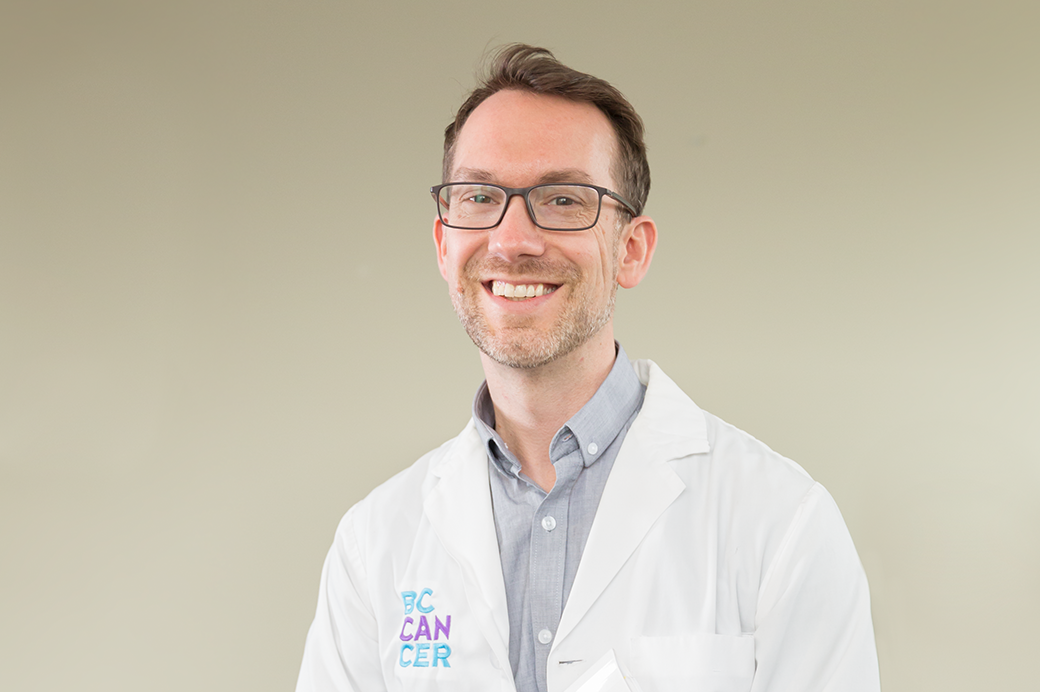 Radiation therapy uses high-energy rays to combat and shrink tumour cells. When being given treatment, a patient can expect to be treated with an invisible beam of radiation that you cannot see or feel, similar to a diagnostic x-ray but with a much higher energy.

Curative radiation treatment is used on its own, and often in combination with other treatments such as surgery, chemotherapy and hormone therapy. Curative treatments are usually longer and higher dose and can be associated with both short and longer term side effects.

Radiation for palliation is treatment to relieve symptoms such as pain, extend a patient’s life or improve the quality of life for a patient.

All radiation treatment is very specific to a patient’s cancer, targeted to particular parts of the body. Radiation therapy is used to treat some, but not all cancers. About 55 per cent of patients with cancer receive radiation therapy as part of their treatment.

Thanks to support from generous donors, Radiation therapy at BC Cancer has seen exciting forward leaps in treatment delivery technology over the last 10 years. BC Cancer provides British Columbians with highly innovative precision radiation therapy (PRT) and a world-class patient experience.

In 2017, BC Cancer-Vancouver acquired a Vero 4DRT radiotherapy platform. VERO is one of the most advanced stereotactic body radiation therapy (SBRT) systems available in the world. SBRT involves delivering multiple beams of radiation from outside the body in a concentrated (high dose) manner from various directions, effectively targeting a tumour from every possible angle. VERO integrates several cutting-edge precision radiotherapy technologies into one.

In October 2019, the first patient in Canada was treated using VERO’s “Dynamic Wave Arc” technique—right here in BC! Dynamic Wave Arc radiation involves the simultaneous rotation of the beam around the patient around two axes, as well as beam shaping to reduce radiation to healthy tissue during treatment. This is an important milestone for BC Cancer, the Canadian radiotherapy community, and most importantly, for patients whose treatment options would otherwise be limited by the proximity of sensitive organs to a tumour.

In the past year, over 30 patients have been accrued onto a randomized clinical trial called “SUPR-3D”. Led by Radiation Oncologist and UBC Division Head Dr. Rob Olson, this trial will determine if using volumetric modulated arc therapy (VMAT) can reduce side effects such as nausea and vomiting, and improve patients’ quality of life.

Thanks to donor support, there was the opening of the highly anticipated international Phase III trial called “SABR-COMET”. Stereotactic ablative radiotherapy (SABR) is a relatively new radiation treatment that delivers high-dose, precision radiation to tumours over one to three weeks of treatment. SABR holds the potential to improve survival by destroying all sites of cancer spread throughout the body.

The primary aim of the SABR-COMET trial is to compare SABR with conventional chemotherapy and radiation to determine the impact on patient survival, side effects and quality of life.

In 2021, with generous donor funding the SABR-COMET trial expanded to include blood sample collection from participants. These samples will be used to develop predictive, personalized genomic tests to determine in advance who will benefit most from precision radiation therapy.

The BC Cancer radiation therapy team is involved in innovative and cutting-edge clinical trials that encompass a wide range of tumour types as well as behavioural and screening studies. Donor support is needed to continue the team’s participation in clinical research and trials, and to continue innovative and ground-breaking work.

Currently, there are 75 clinical studies open through the radiation therapy department at BC Cancer, with 10 more opening soon. Some of the trial areas that are currently underway include: