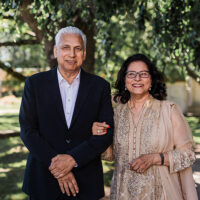 Over the years, the Johals have been generous supporters of the BC Cancer Foundation; most recently they created a $1,000,000 matching gift challenge, inspiring others to donate to the Foundation to drive innovations in cancer research and care. In 2021, the Johals contributed significantly to the South Asian campaign in support of BC Cancer’s COVID-19 Response Fund.

Mr. Darcy Johal is the President and CEO of Terminal Forest Products, B.C.’s largest independent lumber company, founded in the 1960’s by his late father, well-known Sikh philanthropist, Mr. Asa Singh Johal. In addition to their support of the BC Cancer Foundation, the Johal family has donated millions of dollars to public institutions including the University of British Columbia, Richmond Hospital, Vancouver General Hospital and Vancouver Children’s Hospital.